Skip to main navigation
<< Back
Chatham Asset Management, LLC To Name Tony Hunter Chief Executive Of McClatchy On Emergence From Chapter 11 In September
Accomplished Media Executive to Take Helm on Completion of Reorganization and Sale

, /PRNewswire/ -- Chatham Asset Management, LLC ("Chatham") today announced that will become Chief Executive Officer of The  (OTC: MNIQQ), following the local news company's emergence from Chapter 11 and the completion of its Court-approved sale to Chatham, in September. McClatchy's asset purchase agreement with Chatham was approved by the on . The transaction is expected to close in , subject to customary closing conditions and the receipt of certain regulatory approvals. 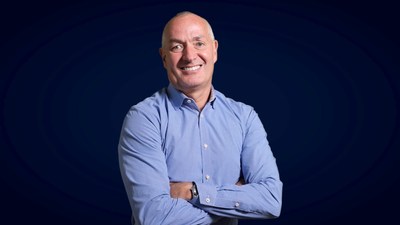 will succeed , McClatchy's CEO, who along with the current board and Chairman , will leave the company upon McClatchy's emergence from its court-supervised reorganization.

is an accomplished operating executive with extensive experience successfully leading large scale media organizations. He joined the in 1994, rising the ranks to Chief Executive Officer of Tribune Publishing and Publisher of the , a role he held from 2008 to 2016.

During his tenure at Tribune, he led the company through bankruptcy amid a global recession and transformed the traditional publishing business into a thriving and competitive media and business services company. led the reinvention of Tribune's business model in a rapidly evolving business environment, investing in local differentiated content, new digital products and services, and brokering innovative strategic partnerships and initiatives.

"Tony is an energetic, adaptive innovator with unparalleled expertise in the publishing industry. At this critical time for journalism, we are confident that his proven track record of implementing positive change and enhancing digital capabilities will serve McClatchy well. We look forward to furthering McClatchy's legacy of informing readers and providing meaningful value to the clients and communities its publications serve," said Chatham.

"McClatchy has a well-earned reputation for independent journalism in the public interest, and I am humbled to lead this institution alongside Chatham, a longtime supporter of McClatchy and the publishing industry," said . "Craig and his team have had impressive success in transitioning to a digital business model, which we intend to accelerate. While honoring its past and continuing its commitment to essential local reporting, we will chart a new, sustainable path for McClatchy focused on customers, operational excellence, and organizational agility."

"I have known Tony for several years, and we share mutual respect for one another and this industry. McClatchy is well positioned to grow from the strong foundation we have put in place," said .

Forward-Looking Statements
Statements in this press release regarding the proposed agreement, as well as the restructuring and sale process, and any other statements about management's future expectations, beliefs, goals, plans or prospects, including our planned sale to Chatham, plans for management, digital transition or any other statements, constitute forward-looking statements as defined in the Private Securities Litigation Reform Act of 1995. Any statements that are not statements of historical fact (including statements containing the words "believes," "plans," "anticipates," "expects," "estimates" and similar expressions) should also be considered to be forward-looking statements. There are a number of important risks and uncertainties that could cause actual results or events to differ materially from those indicated by such forward-looking statements, including: the failure to obtain regulatory approvals in a timely manner or otherwise; the effects of the Bankruptcy Court rulings in the Chapter 11 proceedings and the outcome of the proceedings in general; the length of time the Company will operate in the Chapter 11 proceedings;   we may experience diminished digital subscriber growth as a result of the COVID 19 pandemic as this crisis evolves; we may do harm to our operations in attempting to achieve our expense reduction targets; our operations have been, and will likely continue to be, adversely affected by competition, including competition from internet publishing and advertising platforms;  as well as the other risks listed in the Company's publicly filed documents, including the Company's Annual Report on Form 10-K for the year ended December 30, 2019.  These forward-looking statements speak as of the time made and, except as required by law, we disclaim any intention and assume no obligation to update the forward-looking information contained in this release.

About McClatchy
McClatchy operates 30 media companies in 14 states, providing each of its communities with strong independent local journalism in the public interest and advertising services in a wide array of digital and print formats. McClatchy publishes iconic local brands including the , , , , , and the . McClatchy is headquartered in #ReadLocal