The creators will be based at the McClatchy New Ventures Lab located in the Sacramento Valley Train Station. The 10,000-square-foot digital production facility was created to develop the next stage in immersive nonfiction storytelling using cutting edge digital tools such as augmented reality, virtual reality and 360-degree video.

"We've created this program to begin harnessing the potential of a new medium," said Craig Forman, President and CEO of McClatchy. "Technology is developing rapidly and audiences will follow the latest advances. We want storytellers to produce content for evolving digital platforms so that our audiences can be better informed and engaged with essential news and information that drives local success. The selection of the four Storytellers-in-Residence reflect our commitment to exploring what's next in nonfiction visual storytelling and experimenting with purpose."

The Storytellers-in-Residence join the McClatchy New Ventures Lab team as full-time, salaried McClatchy employees for the next six months, and will be mentored by industry partners and thought leaders. The four creators are: 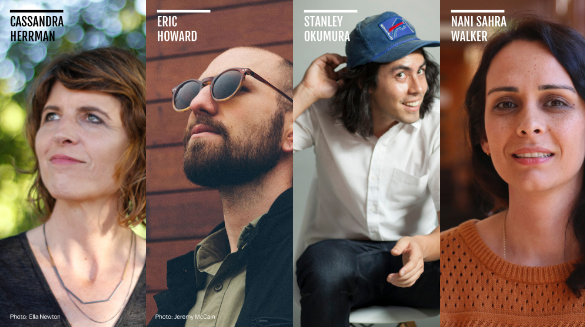 "Applicants for this program brought an exceptional level of experience, talent and expertise," said Meghan Sims, McClatchy's Director of Strategic Video Initiatives who leads the operation in Sacramento. "Producing immersive experiences requires a mix of diverse skill sets and I'm confident that this first cohort will create work that will have a strong impact on the industry and the medium," she added.

"The space is designed to serve as a vibrant hub for developing and nurturing a creator community locally and industry-wide," said Andrew Pergam, McClatchy's Vice President, for Video and New Ventures. "McClatchy New Ventures Lab will showcase the latest video technologies, host screenings, workshops and social events, and provide co-working opportunities with collaborators like Google and YouTube."

About McClatchy
McClatchy operates 30 media companies in 14 states, providing each of its communities with strong independent local journalism in the public interest and advertising services in a wide array of digital and print formats. McClatchy publishes iconic local brands including the Miami Herald, The Kansas City Star, The Sacramento Bee, The Charlotte Observer, The (Raleigh) News & Observer, and the (Fort Worth) Star-Telegram. McClatchy is headquartered in Sacramento, Calif., and listed on the New York Stock Exchange American under the symbol MNI. #ReadLocal