Skip to main navigation
<< Back
McClatchy Promotes Rebecca Poynter to Publisher of Three Western Washington State Media Companies
Adds Leadership of The News Tribune, The Olympian and The Bellingham Herald to Role as Vice President of Local Sales for McClatchy's West Region and Idaho Statesman Publisher

, /PRNewswire/ --  (NYSE American: MNI) announced today the promotion of to publisher of three media companies, , and , effective . This promotion marks an expansion of Poynter's current role as Vice President of Local Sales for West Region and Idaho Statesman Publisher.

In this new publishing role, Poynter succeeds who is stepping down as publisher of markets as of . 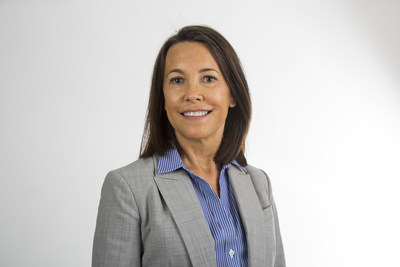 "We're grateful to David for his strong leadership, contributions and vision at over the past quarter century," said , West Regional Publisher. "He's highly respected among colleagues across , throughout our industry and in his community. As past president of the and recent appointee to the , I have no doubt he'll continue to have a positive impact in the community no matter what new challenge he decides to pursue. His insight, wit and perspective will be missed."

Poynter joined in , bringing with her two decades of industry experience in leading local, regional and national news outlets. She served as president at Gannett Mid-Michigan and led the and other titles. Poynter also served as Senior Vice President of Sales and Marketing for Michigan.com in . From 2004 to 2007, Poynter was National/Major Advertising Manager at Herald Leader in -- owned at that time by Knight-Ridder.

"We're fortunate to have Rebecca as David's successor. She's already made a strong mark in in her eight months with ," said Wortel. "No one is better suited than Rebecca to continue to drive our digital transformation, connect with local businesses and bolster growth in the Northwest markets we serve."

"I look forward to building on the solid foundation leaves in while taking this opportunity to better-connect our media companies in the Northwest," said . "These are vibrant, expanding markets served by talented teams of journalists and salespeople. Maximizing resources across the Northwest will allow us to serve these communities more effectively, and to grow local journalism and local businesses together."