SACRAMENTO, Calif., /PRNewswire/ -- Eight media outlets are collaborating to produce a major two-part investigative series, "Destined to Burn," which examines how life and property loss can be prevented in catastrophic blazes. In , 85 people died and the northern Californian town of was devastated in the , the deadliest wildfire in history. Starting today, , the first installment of the series, which looks at what went wrong and lessons learned from the , will be available on the digital platforms of collaborating news outlets.

"Destined to Burn" brings together local journalists who covered the fires for , Chico Enterprise-Record, , Record Searchlight in , Reno Gazette-Journal, , and to report on what they discovered following five months' worth of investigation.

Collaborators researched state hazard assessments, wind models, age of housing stock and evacuation plans for 187 California communities designated as "high risk." The newsrooms took into consideration demographic and socioeconomic data, road patterns and other materials to determine which of those communities' residents would have the most trouble evacuating.

Among the project's key findings: a startling conclusion that one in 12 homes in is at high risk of burning in a wildfire. The news organizations also identified 15 places statewide that are most likely to burn. They include , a quaint foothills town with Gold Rush-era buildings; , a resort on the north shore of ; and , a wealthy coastal suburb of and home to a .

The extensive research resulted in stories, videos, maps, photographs and data sets that make up both installments of the print/digital "Destined to Burn" project.

Installment One: What's around us -- Featuring work from , , this installment examines housing stock, the towns most at risk in wildfires and whether thinning of fire fuels is productive. It also offers an essay on the experience -- describing residents' resilience in the face of disaster and why Californians are determined to rebuild even after communities are destroyed. (Pub dates: , digital; , print)

Installment Two: How we get out -- Featuring work from the () Record Searchlight, Reno Gazette-Journal, , and , this installment offers alarming findings about just how unprepared communities are for evacuating residents from their homes and preventing deadly traffic jams for people who do escape. It also calls upon Californians to look to other natural disaster-prone areas for evacuation planning guidance. (Pub dates: , digital; , print)

"This unprecedented collaboration among Western newsrooms grew out of a desire to help people across the state understand the threats and what they can do to mitigate them," said , editor of and regional editor of West Region. "We've harnessed the power of local journalists across the state to provide groundbreaking coverage and analysis. We hope to spur community engagement and policy change at the local and state levels so together we can prevent future life and property loss."

The group shared data and methodology with other local news organizations in via the AP ahead of publication so outlets could do their own, original reporting in areas that are most likely to burn. will also make available all project materials to its member news organizations and customers for print and digital publication in and beyond.

"We are stronger as an industry when we work together rather than alone," said , AP's deputy managing editor for . "These stories, along with the stories that can be done by other newsrooms using the data localization, shed light on how many residents are in potential danger, and where exactly they are. That is powerful local journalism."

The "Destined to Burn" project release coincides with Governor recent state wildfire emergency declaration. The governor cited "extreme peril" to life and property as a means of expediting tree clearing and forest management. They are fire prevention efforts that, as outlined comprehensively via the "Destined to Burn" project, are in urgent need before finds itself responding to the next wildfire emergency.

About AP
is the essential global news network, delivering fast, unbiased news from every corner of the world to all media platforms and formats. Founded in 1846, AP today is the most trusted source of independent news and information. On any given day, more than half the world's population sees news from AP. On the web: www.ap.org. 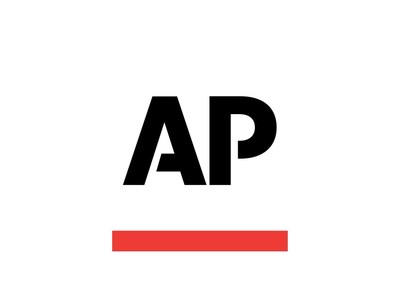