, /PRNewswire/ -- McClatchy today named Aminda Marqués González as Editor and Publisher of the and el , and expanded the leadership role of as Regional Publisher of Carolinas and East regions. They will begin in their new roles on . 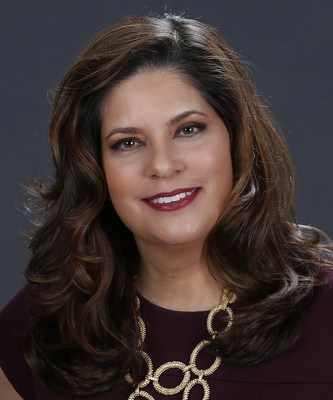 Marqués and Glines succeed who is stepping down after 19 years at the to lead the -based as CEO. Villoch was also Regional Publisher for East region comprising seven local media companies.

"We're grateful to Alex for her strong leadership, dedication to local journalism and passion for over nearly two decades," said , President and CEO. "At the same time, we could not be happier to appoint Mindy and Sara to these important leadership positions, continuing the high-impact essential journalism that resulted in two Pulitzer Prizes at the Herald and other prestigious awards in recent years."

Marqués, currently Executive Editor of the , el and the , grew up in and began her journalism career in 1986 as an intern at the . She was recently inducted into the . During her tenure, the has won two Pulitzer Prizes and has been a finalist three times.

Most recently, she led the coverage of youth gun violence in observance of the anniversary of the Parkland tragedy in an unprecedented collaboration with the non-profit The Trace and newsrooms across the country.

Marqués is a 1986 graduate of the , where she was honored in 2012 as an Alumni of Distinction by the . She serves on the board of the Pulitzer Prizes, is past president of the and is an advisory board member for the in Communication at . Marqués will continue in the role of Executive Editor of the .

"We're thrilled to promote Mindy to this new position," said Forman. "Her distinguished accomplishments in journalism, her integrity and courageous leadership combine to make her one of the true stars of ," added Forman. "With her strong and dedicated team in , we know she will continue her record of achievement."

"Growing up, my singular goal was to work at my hometown paper and I am excited to begin this new chapter leading the and el . I am so grateful for the support of all of my colleagues in as I make this transition," commented Marqués González. "I've been lucky to have worked closely with over the past five years and am grateful for her leadership and mentorship."

has led the Carolina region for the past three years. She is a veteran of the publishing industry and a leader in transformational change. Adding the East region to her current portfolio in the Carolinas, Glines will be responsible for 17 media companies. Marqués will report to Glines in her capacity as Publisher of the and el .

Glines came to after years as regional publisher with both and Digital First Media. Glines was Editor-in-Chief of NJ.com, one of the first major digital-only news sites.  She also led the digital transition of various national magazines, including Car & Driver, Woman's Day, and Elle. She has been an industry leader in moving newspapers and magazines into the digital world to meet the ever-changing needs of the audience and the businesses they serve.

"Sara has a proven track record of solid business performance, strategic insight and boundless entrepreneurial energy to take on this expanded role," said Forman. "She has taken on several enterprise-wide strategic initiatives and delivered every time; we're thrilled that she is taking on a larger leadership role at ."

"My top priority is to continue to make sure we are meeting the needs of our readers, digital audiences, and our business partners today and long into the future," said Glines. "What we do is important and I am committed to making sure that the , el and all of news operations are doing work that makes a difference in our communities.

About
operates 30 media companies in 14 states, providing each of its communities with strong independent local journalism in the public interest and advertising services in a wide array of digital and print formats. publishes iconic local brands including the , , , , The () News & Observer, and the . is headquartered in , and listed on the New York Stock Exchange American under the symbol MNI. #ReadLocal