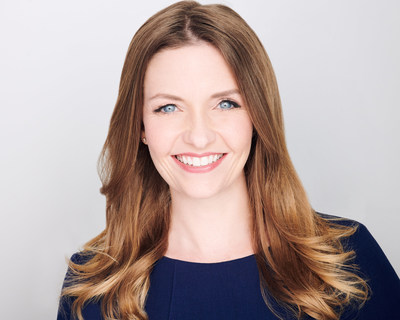 She is the first woman to lead News in the 162-year history of the company. In this top editorial role, Roberts will report to President and CEO , effective .

"Kristin is a superb newsperson and a skilled digital innovator," said Forman. "We are confident that her experience, vision and ingenuity will serve the company well as we accelerate our digital transformation."

Roberts said, "McClatchy's newsrooms are led by thoughtful and creative journalists whose teams are delivering essential local news and information to our readers and viewers every day. I'm thrilled to partner with them as we experiment on new platforms and launch ever-more ambitious projects to serve our growing audience."

Roberts will become a member of McClatchy's executive management team, which will be evenly composed along gender lines with her arrival. Roberts' promotion continues a tradition of women in leadership at McClatchy. , the company's pioneering CEO from 1936 to 1978, expanded the company into other markets and into new mediums including radio and TV.

Roberts will helm a team of strong, accomplished and pioneering regional editors who collaborate to ensure newsrooms deliver local journalism that is essential to the communities they serve: In the West region, ; the Central region, ; and in the Carolinas, .

Currently, Roberts is McClatchy's executive editor for politics and regional editor for its eight newsrooms, including the , el , and the . She directs coverage of the U.S. government, the Trump presidency and , and leads collaboration on national projects across multiple newsrooms. At the she set a new, ambitious strategy and built a team that consistently breaks news with distinctive political coverage that is competitive with national players. She also launched a new political vertical brand across McClatchy markets focused on solutions journalism that engages audiences in new ways and attracted new high-value sponsors and advertisers. She is also leading a cross-market, real-time sports initiative that will redefine how McClatchy serves audiences who want sports coverage.

Before joining McClatchy, Roberts served as National Editor at POLITICO, where she guided all coverage of the 2016 presidential race to produce in-depth reporting on the candidates and their campaigns that broke news and consistently led the field. She came to POLITICO from , where as Managing Editor she oversaw newsroom-wide operations. Roberts began her career at Reuters, spending 13 years covering and economics in and and moved to to cover defense and foreign policy before taking on  newsroom leadership roles.

Roberts holds master's degrees from and and a bachelor's degree from The .

In other personnel news, the company expanded the leadership role of , Vice President, Customer and Product, adding  and partnerships with such platform companies as , , Twitter and to his management portfolio. As part of his work with these partners, he will lead the company's pioneering collaboration with on The Compass Experiment for local news.

" to Product and Customer team will accelerate the integration of what's next in immersive storytelling into our customers' user experience," said Forman. "In addition, Scott's deep management experience and proficiency in technology position him well to lead our collaborations with leading platform companies, especially our latest project to launch three new local news outlets with -- The Compass Experiment."

Manuel assumes part of the management portfolio of , Vice President of . Pergam will leave McClatchy on to join in a new role. During his five-year tenure, Pergam built McClatchy's video capability, established , and McClatchy Studios and helped guide the company's strategic partnerships and investments.

McClatchy operates 30 media companies in 14 states, providing each of its communities with strong independent local journalism in the public interest and advertising services in a wide array of digital and print formats. McClatchy publishes iconic local brands including the , , , , , and the . McClatchy is headquartered in , and listed on the New York Stock Exchange American under the symbol MNI. #ReadLocal